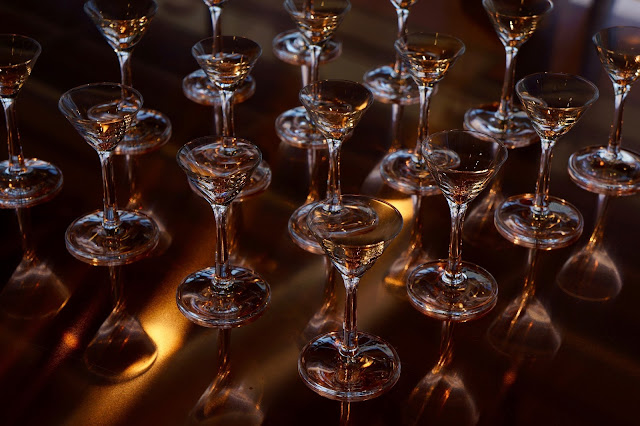 Here is a person who knows how to make an entrance look so collected, and so very much entranced. And all of a sudden she is just there: impeccably cool, humanly warm, dressed in black (as she ever is) with the grey hair pulled back into a perfect ponytail. She announces her name as she stretches out her hand very quickly. Ingegerd Råman is seventy-three years old or young and she is pure class.

“All design that I have made is also really about how to show what I feel for the material itself. I as a designer I am not an artist because the designer needs the material, and most often the assignment itself. I love the framework, and when things are settled, that is what triggers me,” she says. “Everything in here is very close to me. I make things that I would like to have around me, something that feels as if it has always been there and always looked like that, something that is not constantly yelling that it is Ingegerd Råman who is the designer.”

We are where Ingegerd Råman is – the eponymously titled exhibition in Nationalmuseum’s interim design space at Kulturhuset in Stockholm (during the old institution’s extensive refurbishing of its Blasieholmen premises). And there is no yelling in here. This writer purchased as many of her Bellman drinking glasses as he could afford in the 1980s, and these “imperfect” tumblers (still in production), with their different marks of the hand-blown process, are just as precise and absolutely beautiful today. They are, somehow, perfect. Råman has the skills to bring her matters to a certain timeless perfection that is warm and eloquent and disciplined, without the noise and the killing narcissism we have everywhere else.

The only murmur in the commodious room comes from a number of little white boxes with their looping videos of the designer talking about her pieces. It is even greater to follow the ponytail around from table to table (they are twenty-four in all) as Råman reveals how she always have to do a lot of work to remove much of the self-doubt and the apprehension involved when she takes on a new project. “When I work I think ahead, but when you go back like this you encounter all those problems and the stories in the process. At first I am excited when I get an assignment, and that someone has thought of me for this, but next comes the feeling that this will never work – it can be about a small glass or a major thing – and I cannot get rid of it, and that takes so much of my energy.” Then an altered tone: “In spite of everything, all this has been achieved. It is amazing.”

Susanne Eriksson, Project Manager at Nationalmuseum, wouldn’t call the exhibition a retrospective though, but “a deep dive into a designer life in progress, where there are new assignments all the time”. Ola Rune from Claesson Koivisto Rune, the company that designed the distinct tables, jests: “We serve Ingegerd here, on the tables, in a very playful way. The objects behave a bit differently but it works just fine on the twenty-four different materials.”

Ingegerd Råman goes directly to the nearest table with a bright, reddish colour and with the plainest articles in the show, some terracotta flowerpots. The simplicity of the flowerpot was the very thing that made her become a potter (she seems to prefer “potter” to “ceramist”) after her studies at the University College of Arts, Crafts and Design in Stockholm in the late 1960s. “It is so nice that the orange table is the first thing you meet. It’s like a heartbeat, it is a warmth that I also hope is present in my design. Although it is extremely simple and strict, I put my heart into everything I do. There has to be a force and a sense of a sender, someone who has been thinking. I hope that the visitors feel the same, that you are greeted by this kindness.”

The table (any dinner table) also serves as a great human symbol for Råman. “And the longer I live, the more I also experience how similar all people are,” she emphasises. “And especially when it comes to using things on the table for what we eat and drink. I also want to mention that you do not need so much to meet: a spoon, a bowl, a piece of bread on a plate and something good to eat and drink. A meal is one of the most important meeting places I know.” She even designed a series of cutlery (Indra) to counteract the growing size of dinner plates.

The carafe topped by a sophisticated drinking glass is a Råman hallmark. She calls the table that is unusually crammed with her carafes – from 1968 to the newest one for Nationalmuseum – a “mess”. It is obvious how instrumental this object has been in her designer world. “I think it is important when you utilise an idea that every new object that you do are given its own dignity, its character, and its own language and life. You can regard them as relatives who connect to each other, closer and further away.”

When she was asked to design a wine glass for the members of the Parliament she insisted it couldn’t be done without a water glass. “Water has always been very central to me. It is important that water is served during a meal. I was and studied in Italy for a year, and there was always a water carafe on the table. And it was something that did not exist here in Sweden during the early 1960s. I think that you have to serve water to wine.” Quite typically for Råman, she ended up designing the tableware for the Parliament’s restaurant as well.

She has also modernised the Arms of Sweden for the Speaker’s chair in the Parliament (a collaboration) by going back to the traditional emblem, designed a superb champagne coupe with the engraved Three Crowns for the Ministry for Foreign Affairs, and a particularly standard giveaway vase to match the tastes of the blue-blooded populace in the Royal Castle.

Two exceptional beauties are La pomme (2016), a glass made for a Swedish brand that produces cidre de glace, which is a type of cider made from frozen apples. The glass is presented here in a ring like a dance around the maypole, the slender bottle with apple flowers printed on its naked cork. Another glass to love is Pärlan (the pearl) from 2009, a conical dram glass with a wide foot (here on a bronze tabletop).

Every object in the show is right there on the tables, unprotected, regardless of how precious or mass-produced they are (she produced a series of bamboo objects for the multinational Swedish four-letter furniture company earlier this year). Råman points at a pitcher with a swelling bottom. “I think that we all carry with us memories of shapes that make certain things appeal to us. It is often much later that I can recognise the connection to what I have done,” she explains. “This is a memory of a shape that became a pitcher that I was extremely fond of when it was finished, and did not understand what it was until a year later – a portrayal of what I thought was so beautiful when I was a young girl and was visiting my grandparents: This is the lower part of my grandfather’s shaving brush.”

Her first job after finishing her design studies in Stockholm was a few deadening years at the Johansfors’ glassworks in southern Sweden, where she was charged to paint folkloristic finery on their glassware. She worked as a potter for a ten-year period before she made Bellman for Skruf’s glassworks in the early 80s and stayed there until 1998.

Råman tells that, “The reason why I switched glassworks, from the small Skruf to the large Orrefors, was to give me the opportunity to get close to the two techniques that I had always dreamed of working with. I had only just begun with the cut glass before Orrefors closed [in 2013], but I went into the centrifuged glass quite early and then did things like Pond. I also took the time to sit down and watch how everything was made and what the possibilities were. But of course I did something that was against all odds, to centrifuge something that was oval. And it was said to me from the beginning that this was impossible, but here are the results.”

The inexpensive Pond (2002) is a centrifuged bowl (and dishes in four sizes and colours) based on a technique that was invented by Sven Palmqvist who created his Fuga (fugue) bowl in 1954 by pouring molten glass into a swiftly rotating mould. Palmqvist’s different bowls from the time (including the colourful Colora) are much more appealing however. (And what is there to say about cut glass more than it is a boring expression of tedious skills.)

“All we craftspeople have something in common: we have a language that is unresolved,” says Ingegerd Råman who became a lifetime professor in 1995, appointed by the Government. She has designed all kinds of things, from a pink ribbon with her granddaughter’s name on it, Saga – who is also one of the nineteen voices in the pamphlet-like catalogue, which is free for every visitor but just over the top with useless praise – to a handful of architectural assignments together with Gerd Wingårdh, like the House of Sweden, the country’s Georgetown embassy in Washington, DC.

Benny Andersson asked her to design a gift for the ensemble of the Kristina from Duvemåla musical, based on Vilhelm Moberg’s The Emigrants suite from the 1950s, so Råman surprised the Abba member with a glass apple. (The homesick Kristina’s final words in the novel are: “It’s an astrakhan. Our apples are ripe. I’m home.”)

“Kristina had brought seeds from astrakhan apples from Sweden to America, and these seeds she had planted. And when she lies there on her deathbed, Karl Oskar brings her the very first astrakhan apple,” Råman explains. “However, when I got this assignment I went to a gardener and we came to talk about the astrakhan apple and that little seed. And then he told me, that when you plant a seed from an astrakhan apple it will never be an astrakhan tree because the seed is manipulated from different varieties. And then I asked, ‘Are you sure, can it never? There must be a chance.’ ‘Yes, it is like a star in the universe,’ he answered.”

Here is an elegant pause.

“So then there is a chance. It was indeed a miracle that happened.” 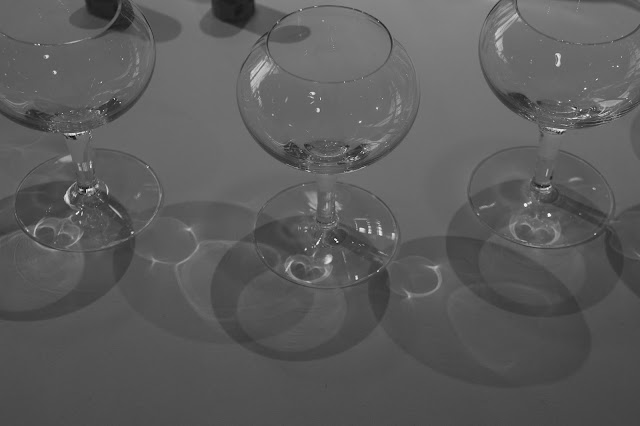 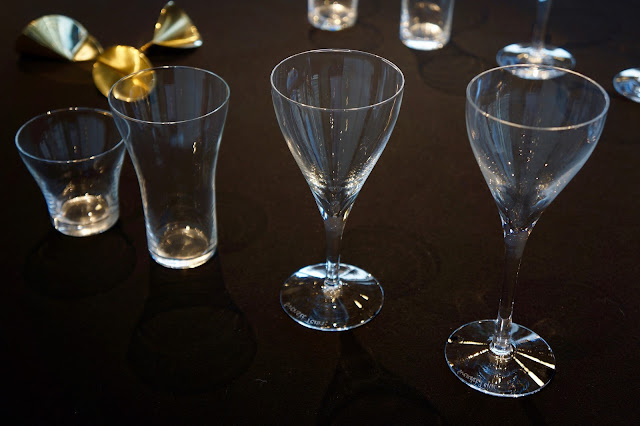